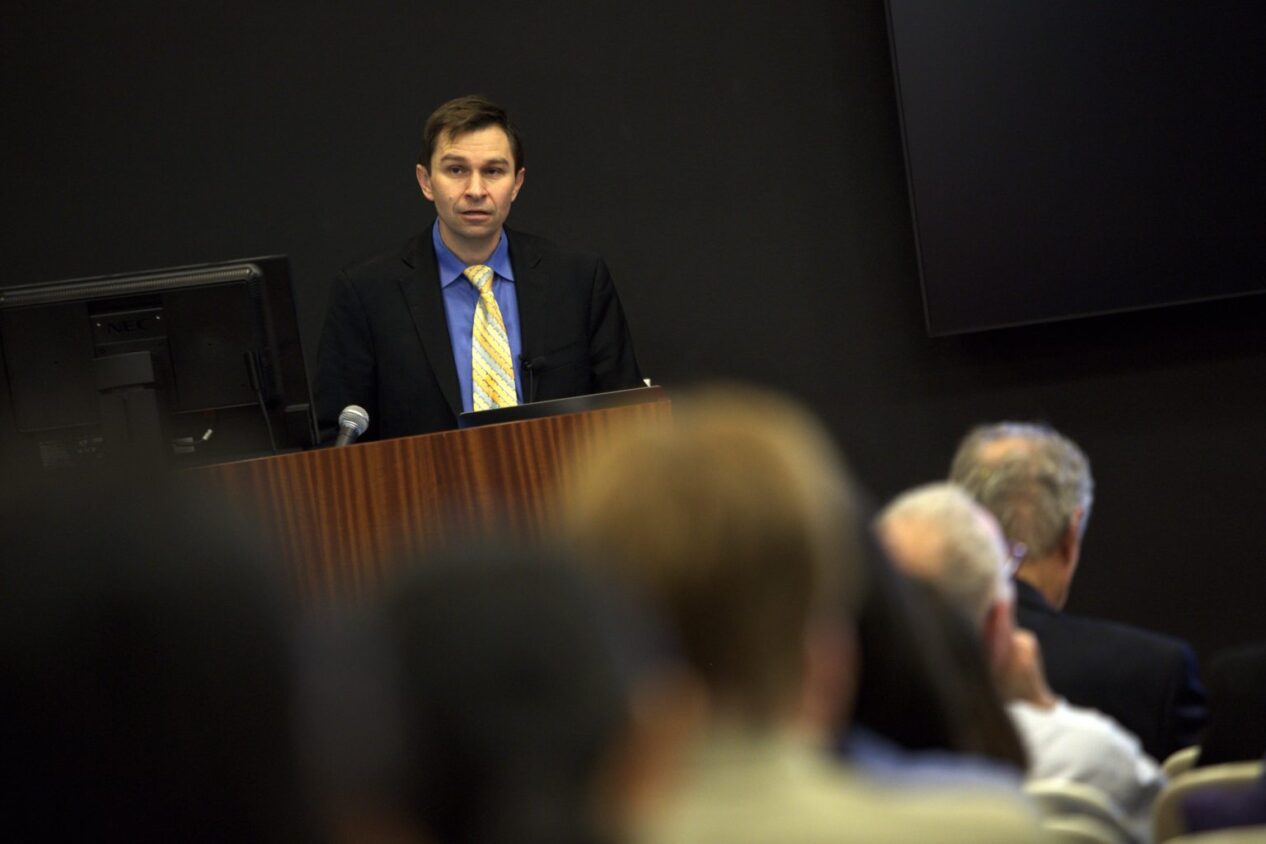 Is overreacting to DNA damage a possible root cause of aging?

Home » Is overreacting to DNA damage a possible root cause of aging?

The way our cells react to DNA damage may be a root cause of the aging process instead of random mutations in DNA itself, according to Professor David Sinclair of the Harvard Medical School Department of Genetics.

Sinclair, co-director of the Paul F. Glenn Center for the Biology of Aging at Harvard Medical School, discussed the hypothesis during the Esther and Isadore Kesten Memorial Lecture on February 16, 2017. The Kesten lectureship is an annual honor that enables the USC Leonard Davis School to recognize prominent scholars in fields related to aging and bring them to USC to discuss their work with faculty and students. 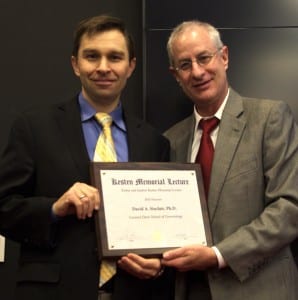 “The reason I’ve devoted my whole adult life to this topic is because I think we can do better to understand aging and the body’s defense against it,” Sinclair said.

Sinclair’s “Relocalization of Chromatin Modifiers” hypothesis of aging centers on SIRT1, one of a group of small proteins called sirtuins. SIRT1 proteins regulate the expression of genes by attaching to their locations within chromosomes, but the proteins can detach and travel to other parts of the genome in order to repair DNA damage.

“The root cause of aging may have little to do with mutations and more to do with the epigenome,” the system in which proteins such as SIRT1 turn genes “off” or “on,” he explained.

With this in mind, Sinclair’s team has begun looking at ways to improve sirtuin function and slow the increase of SIRT1 relocation with age. One potential target for drug development is nicotinamide adenine dinucleotide (NAD+), a cofactor of SIRT1 that declines with age.

Early research has been promising, Sinclair said. In one study, mice that received a precursor to NAD+ in their drinking water displayed improved physical function and endurance.

It’s a result that Sinclair hopes to one day bring to human patients facing frailty in older age: “People could spend less time in the nursing home and more time outside of it with their families.”

The Esther and Isadore Kesten Memorial Lectureship was established in 1973 by Alan Davis, son of Sophie and Leonard Davis, in memory of his grandparents. The funds from this endowed lectureship allows the USC Leonard Davis School of Gerontology to annually honor an individual whose research in gerontology has contributed significantly to our understanding of the aging process.