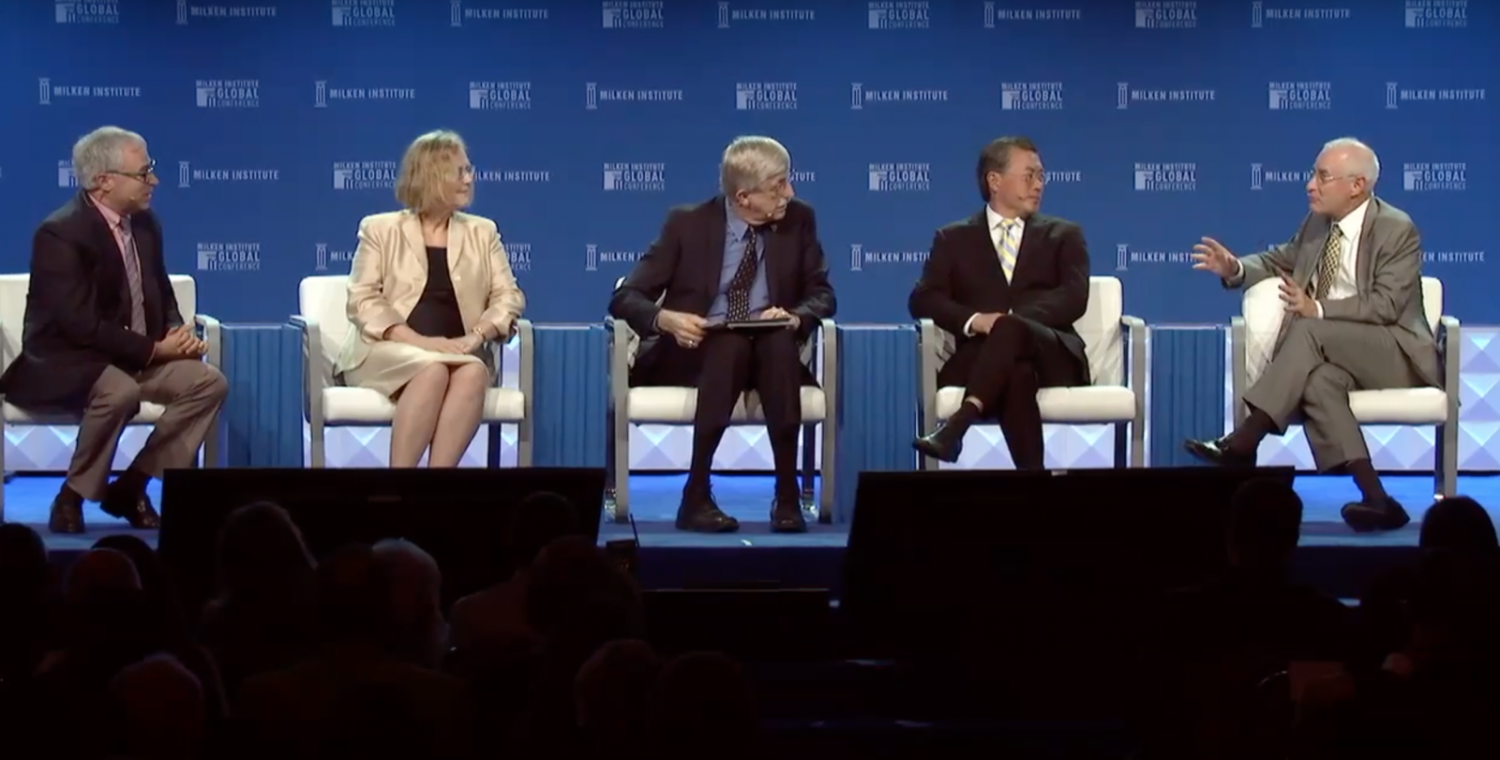 How to Live a Longer, Healthier Life

Home » How to Live a Longer, Healthier Life

The answer lies in your genetics, your lifestyle and your ability to live a life free of those illnesses that come along as a consequence of aging.

That was the take away from a so-named panel at the 2017 Milken Institute Global Conference, where USC Leonard Davis School of Gerontology Dean Pinchas Cohen joined a Nobel Laureate, the director of the National Institutes of Health and other leaders in the field to present both sophisticated science and simple solutions aimed at extending healthy years of life.

“We need to move into the precision longevity era, where we use DNA-based and other biomarkers to try to predict what diseases people are going to get and give them a kind of intervention that is most likely to help them,” said Cohen, who noted that even then, healthy aging starts with exercising and eating right.

“The Mediterranean diet is the only one that has been proven in humans to delay mortality and decrease disease,” he said.

Citing studies of smoking centenarians, fraying telomere tips, umbilical cord plasma infusions and mitochondrial mutations, the experts explained how research targeting the biology of aging can provide the opportunity to prevent or delay those age-related illnesses that most people die of, including cancer and heart disease, diabetes and Alzheimer’s disease.

“What we are really talking about here is aging as itself a risk factor for common illnesses,” said Francis Collins, the NIH director and panel moderator. “Why do we study each of those diseases individually instead of studying the whole field of aging itself as that risk factor and see if we can reduce that?”

Such efforts are underway, and Collins said that results – at least in mice models – have shown that life spans and health spans, the number of years lived without disease, can be substantially extended.

Translating that success to humans remains a challenge but one that the panelists were ready to tackle. In fact, Nir Barzilai, director of the Institute for Aging Research at the Albert Einstein College of Medicine, hopes to launch the first-ever proof of principal human study to see whether a drug – in this case a first-line diabetes treatment called Metformin – can be effective in treating aging itself.

“We expect that the effect of metformin, from a very conservative assessment, will be an elongation of two years of health span,” he said.

The panelists agreed the Metformin is a start but said that more research, and funding, is needed. Joon Yun, managing partner and president of Palo Alto Investors predicted that soon we will see companies developing drugs and technologies that target health spans, versus individual disease of aging, and he encouraged more investment in new scientific directions.

Nobel Laureate Elizabeth Blackburn, president of the Salk Institute, said one promising new direction could be to look inward at the germ lines in our own bodies and the ability those cells have to stay “young”.

“If we can learn their secrets, we might learn some things we can start applying, she said. “This is not science fiction any more, this is real biological understanding more and more as we look inside those cells.”

From individual cells to individual therapies, USC Leonard Davis School Dean Cohen believes the potential for longer, healthier lives lies in personalization. There are several different types of aging and each will require a somewhat different prevention approach, he said.

“Different people age in different ways. We can’t just apply a one-size fits all approach,” he said. “There are 20 different drugs that slightly increase life span in mice and probably will be in humans.”

The consensus was that the field of aging research is still young and that more customization of treatments, more combinations of approaches, and more comprehension of how we age will lead to better outcomes for everyone.

“We are just on the cusp of doing extraordinary things,” said Blackburn.