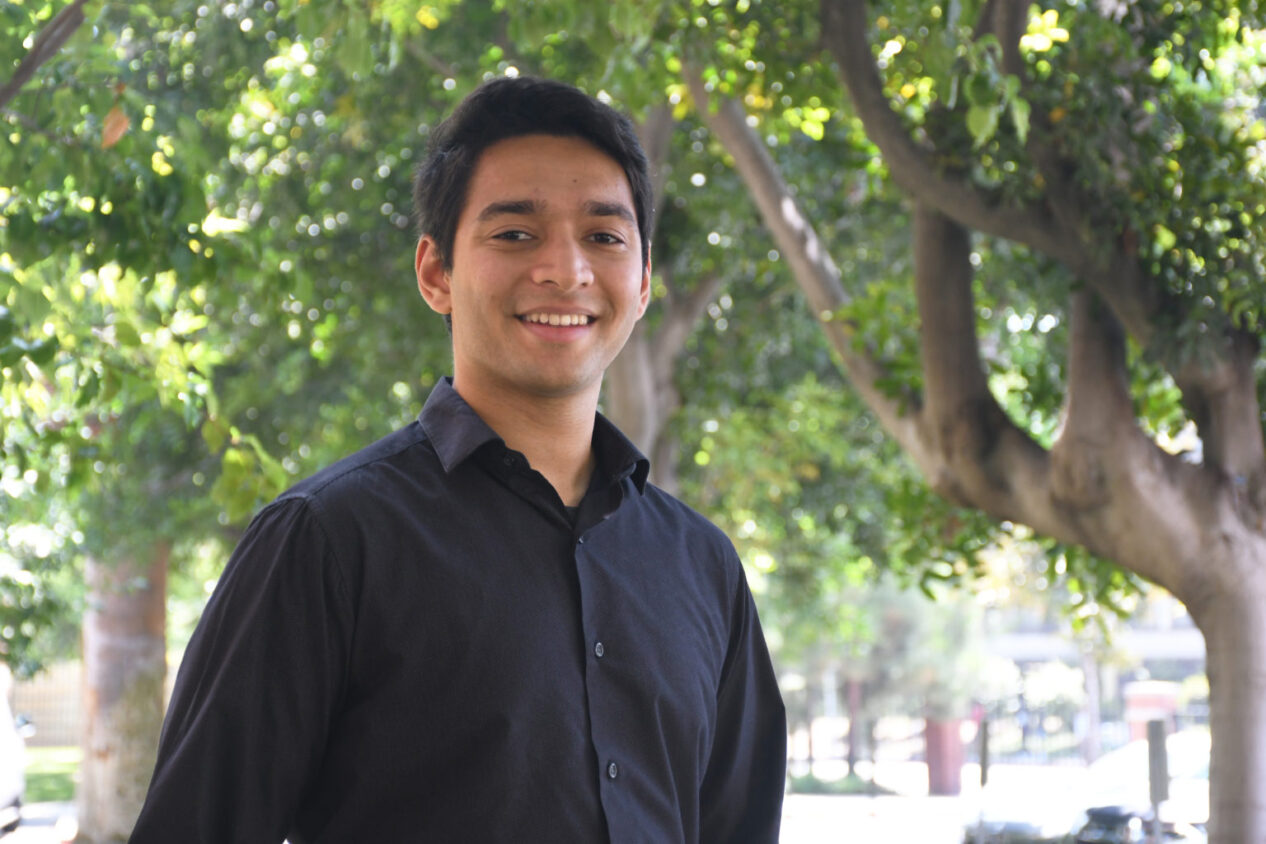 Earning a Master’s in Gerontology Before Medical School

Home » Earning a Master’s in Gerontology Before Medical School

Rahil Khasgiwale chose a Master of Science degree program at the USC Leonard Davis School of Gerontology before pursuing his medical degree so that he would be prepared to tackle cutting-edge issues related to aging.

Rahil Khasgiwale always knew he wanted to become a doctor treating older adults. What he didn’t expect is that the Master of Science program at USC’s Leonard Davis School of Gerontology would introduce him to one of the field’s newest and most exciting specialties: Gerontechnology.

Gerontechnology combines the study of gerontology and technology at a time when the 50-plus age group is the fastest growing demographic online. In fact, Forbes has called it “The Next Hottest Thing in Silicon Valley.”

In a course taught by Instructional Associate Professor Aaron Hagedorn, Khasgiwale and his USC gerontology classmates had the unique opportunity to devise high-tech solutions that could solve problems for older adults from health to transportation. He says he gained not only a wealth of knowledge but also came up with a business plan for his own gerontechnology venture.

“Technology for older adults is a fairly new space, and there’s definitely room for improvement,” he says. “It combines business and the analytical side, and it encourages you to think a lot.”

Khasgiwale first experienced the Leonard Davis School of Gerontology as an undergraduate studying neuroscience at USC. The program’s reputation as a pioneer in the field of gerontology stood out to him, along with the fact that it offers the most comprehensive selection of gerontology degree programs anywhere in the US.

He also had excellent experiences taking electives with its professors. They included John Walsh, whose courses include the Neurobiology of Aging and The Science of Adult Development, and Duke Han, who studies the factors that impact cognition and decision-making in aging.

“That got me more interested in gerontology,” Khasgiwale says.

With one semester left before graduating with his Master of Science degree, he continues to be impressed and says professors are both knowledgeable and accessible. They use group discussions and case studies to encourage students to think deeply about issues in gerontology and how they might play out in real life.

“They provided more discussion-based learning rather than just book learning,” Khasgiwale says. “In my physiology class with Dr. Schneider, he would provide case examples every week. That was honestly one of the best learning experiences for patient care.”

Khasgiwale appreciates that USC has a friendly, welcoming environment. He has the same people in many of his classes, helping to create a close-knit community of students who study together and learn from each other.

“I feel like I’ve gotten really close to the people in the program,” he says. “I think it’s wonderful that there are lots of international students because I get to learn about policies and [older adult programs] in other countries.”

While he applies to medical schools, Khasgiwale also is shadowing multiple physicians in surgical and direct patient care roles at a hospital where many of the patients are older adults. He’s been able to apply what he’s learning at USC in real-life situations, giving him valuable first-hand experience and underscoring the importance of his chosen field.

One in every five US residents will be retirement age by 2030, according to the US Census Bureau, and technology will become more critical when it comes to helping older adults maintain mental and physical health and well-being.

Khasgiwale says USC’s gerontology program is providing him and others the modern tools and perspectives needed to meet the challenges of the nation’s changing demographics.

“USC provides access to really meaningful resources,” he says. “[It] really does offer a lot of opportunities.”