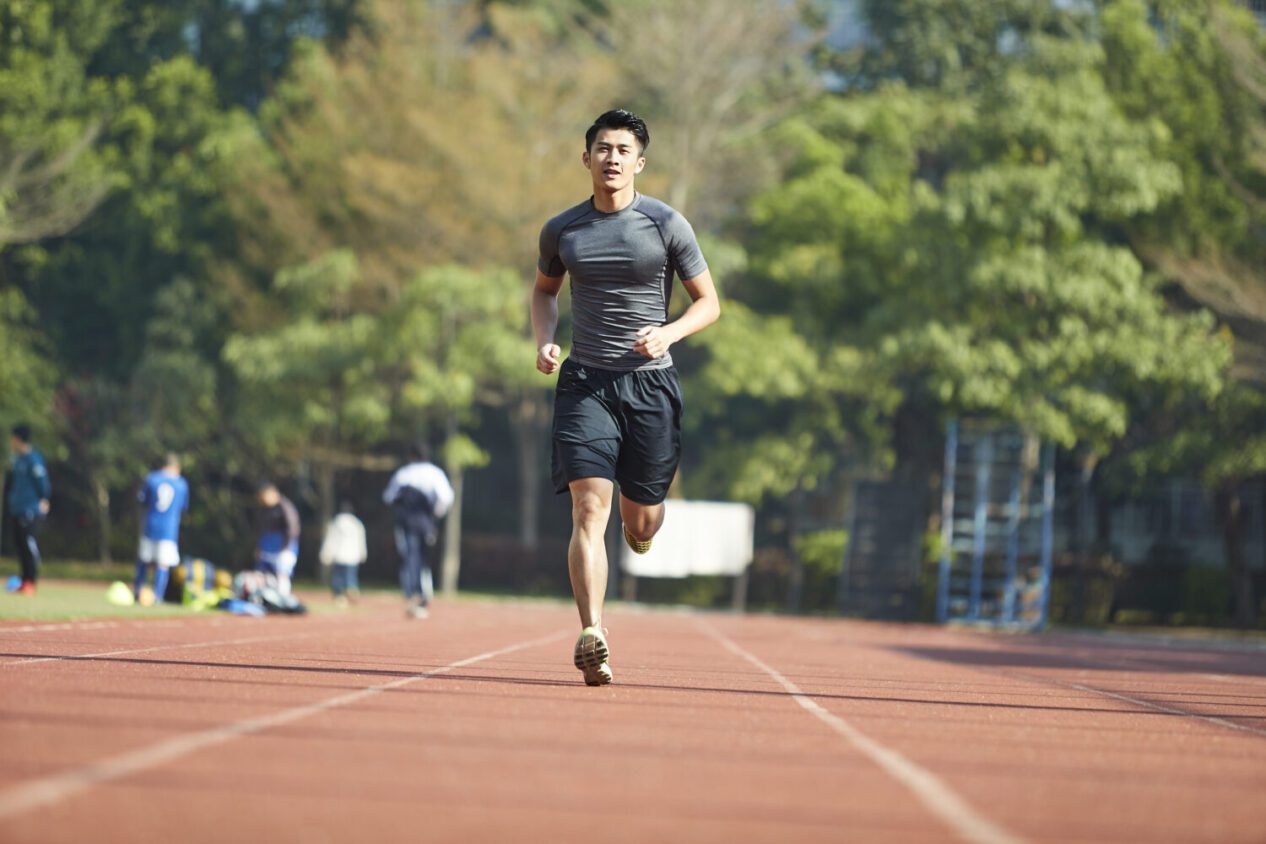 Results likely apply to all East Asian carriers, but exercise may eliminate greater likelihood of getting the disease, say USC researchers. 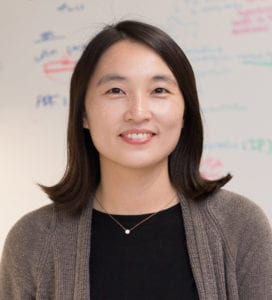 A new study of Type 2 diabetes (T2D) in Japanese populations has uncovered a previously uncharacterized genetic variant that puts male carriers at greater risk for the disease, as well as the mechanism by which it does so. The impact of the variant was most pronounced in sedentary men; those with the variant had a 65% greater rate of T2D than sedentary men without it.

Researchers from the University of Southern California, along with colleagues in Japan, led by Professor Noriyuki Fuku of Juntendo University, found higher rates of harmful belly fat and T2D among Japanese men with a specific mitochondrial gene variant. This variant, in the site of the mitochondrial peptide MOTS-c, is found only in East Asian populations and was shown, in human and mice data, to prevent the normal production of MOTS-c, and to diminish the beneficial action the exercise-mimicking peptide usually performs in preventing weight gain and normalizing metabolism. Furthermore, carriers of the deleterious variant were secreting high levels of a bio-inactive form of the peptide in an attempt to compensate for its deficiency.

The findings, published Jan 19 in the journal Aging, also suggest that moderate to vigorous levels of daily physical activity can offset the increased risk posed by the variant allele. Researchers say this underscores the power of gene-environment interactions and highlights the role exercise can play in preventing the disease.

“Our study suggests that individuals with this particular variant can modify their genetic risk by adopting an exercise regime,” said co-lead author Su-Jeong Kim, a research assistant professor at the USC Leonard Davis School. “A deeper understanding of the effects of this genetic variation will provide a basis for developing physical activity strategies to maximize the benefits of exercise in T2D.”

The study also provides a possible explanation as to why T2D is more common in East Asian populations. It is estimated that 7-10% of East Asians carry this variant and the research team believes their results are generalizable to other East Asians, including Koreans and Northern Chinese. According to the International Diabetes Federation, close to 40% of the world’s T2D cases come from the region that includes China, Korea and Japan.

“This is particularly noteworthy because, although East Asian populations have lower mean body mass index (BMI) than Caucasian populations, they have a higher susceptibility to T2D,” said co-senior author Pinchas Cohen, professor of gerontology, medicine and biological sciences and dean of the USC Leonard Davis School. “These results provide us with both a better understanding of how mitochondrial genetic variants can contribute to diseases and insights for developing precision-medicine-based therapies for treating them including replacing the defective peptide with drugs that mimic its actions.”

These findings were male-specific. The variant did not affect females in either the human or mouse data. Researchers speculate this is due to an interaction between mitochondrial peptides and hormones but say the mechanism is currently unclear. 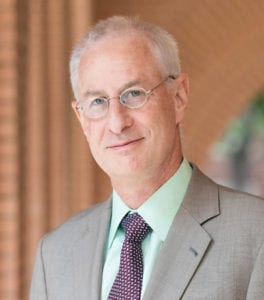 Pinchas Cohen, professor of gerontology, medicine and biological sciences and dean of the USC Leonard Davis School of Gerontology

MOTS-c is one of several more recently identified hormones that are encoded in the DNA of mitochondria, the “powerhouses” of cells that convert food into energy; most other hormones are encoded in DNA in the nucleus. Cohen and Changhan David Lee, an assistant professor at the USC Leonard Davis School, first described MOTS-c in 2015, along with its role in restoring insulin sensitivity and counteracting diet-induced and age-dependent insulin resistance – effects commonly associated with exercising. In a separate paper published January 20, in Nature Communication, the same authors demonstrated that MOTS-c has “exercise mimetic” activities.

The current paper in Aging found that a variant at the coding region of MOTS-c was responsible for changing the amino acid of the MOTS-c peptide. Individuals carrying the C allele, rather than the more prevalent A allele, produced a form of MOTS-c called K14Q MOTS-c that lacked health-promoting features of the more common form.

The study found that the C allele MOTS-c variant was less effective as a metabolic regulator in cell and animal models and is associated with suppressed insulin-sensitizing effects and higher body fat. In male mice, MOTS-c administration significantly reduced weight gain from a high-fat diet. In contrast, K14Q MOTS-c failed to protect against high-fat-diet-induced weight gain. In addition, mice administrated with MOTS-c performed better on glucose tolerance tests than K14Q injected mice.

“We showed that K14Q MOTS-c has a reduced effect on insulin sensitivity and weight gain compared to the more common form of MOTS-c in mice and speculate that this variant increases the prevalence of T2D in sedentary men because the C allele carriers produce the less effective form of MOTS-c,” said Kim.

Meta-analysis of the three cohorts showed that males with the C-allele had higher rates of T2D. Regardless of exercise status, the C-allele increased the risk of T2D by more than one third.

The J-MICC study contained measures of daily activities. The researchers performed a comparison and found that among the least active men, those with the C allele had a 65% greater rate of T2D than men with the A allele. This higher rate of disease was not seen in C-allele men who engaged in more than 40 minutes of daily moderate to vigorous physical activity.

These results strongly suggest that a combination of sedentary lifestyle and the C allele variant contributes to elevated T2D risk, according to the researchers, who posit that the variant may have evolved to best fit living conditions characterized by highly active lifestyles and limited caloric intake. In the past this might have presented an advantage, but in the twenty-first century, it is a metabolic liability, they say.

“As MOTS-c analogues are currently in clinical development for the treatment of T2D complications, the recognition that activity levels can affect T2D risk in carriers of this SNP may inform future clinical trials,” said Cohen. “This novel discovery suggests that additional ethnic-specific mitochondrial variants may be involved in metabolic disease risk. It also provides a blueprint for additional investigations into the mechanisms behind how mitochondria regulate disease and the search for potential mitochondria-based therapeutics.”

This study was supported in part by the Japan Society for Promotion of Science (JSPS) KAKENHI Grants (17015018, 221S0001, 16H06277, and 17H01554 to Tanaka; 16K09058 to Hara; 16K13052 to Fuku; and 18K17943 to Zempo) and by the MEXT-Supported Program for the Strategic Research Foundation at Private Universities (to Juntendo University). Kumagai was a recipient of a Grant-in-Aid for JSPS fellows (17J10817). This work was also supported by a Glenn/AFAR Postdoctoral Fellowship Program for Translational Research on Aging to Kim and by grant P01AG034906 and U54CA233465 to Cohen. Cohen is a co-founder, stockholder and board member of Cohbar Inc. Lee is a consultant and shareholder of CohBar Inc. CohBar is developing analogues of mitochondrial peptides, including of MOTS-c, for metabolic diseases of aging.