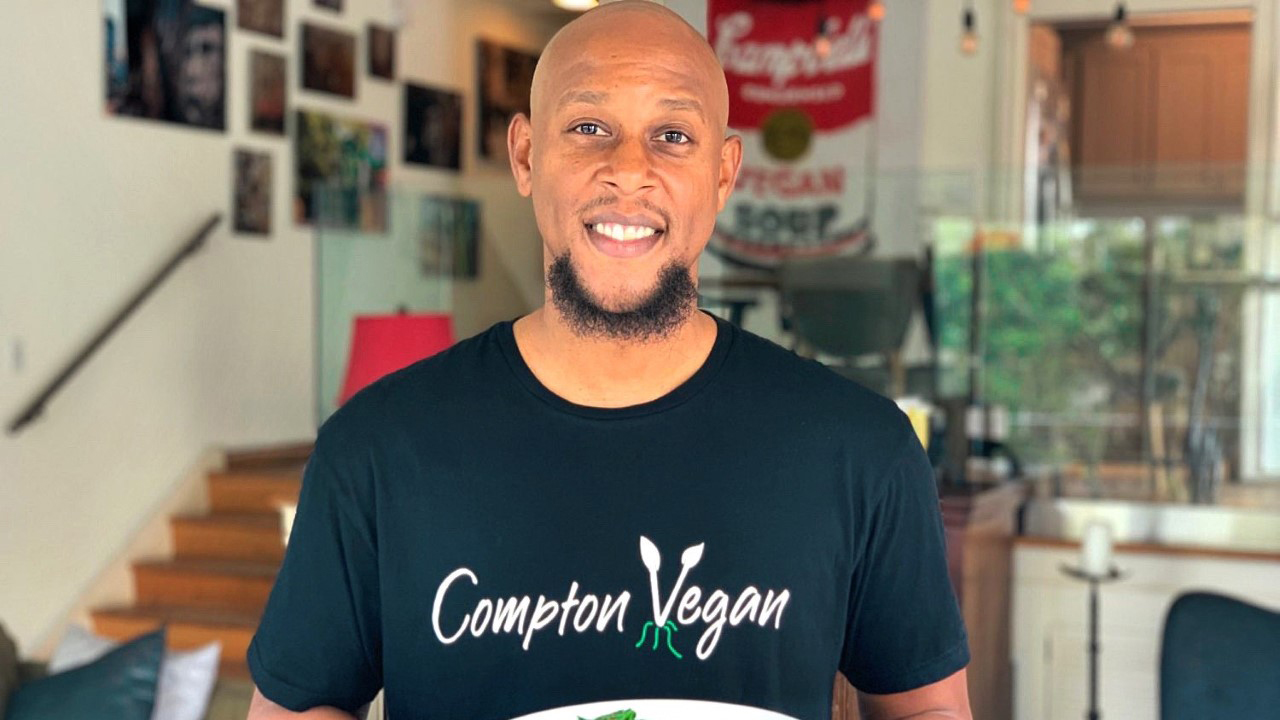 “Teach, Don’t Preach” and Other Nutrition Tips from the Compton Vegan

Home » “Teach, Don’t Preach” and Other Nutrition Tips from the Compton Vegan

Lemel Durrah, chef and owner of Compton Vegan, shares advice on how people of all ages can eat and live well.

Lemel Durrah is the chef and owner of Compton Vegan, a South LA start up focused on providing affordable and healthy alternatives to everyday food. He’s been dubbed a plant-based pioneer and a vegan soul food chef and is an advocate for plant-based eating and community health. He shared advice on how people of all ages can eat and live well in a talk at the USC Leonard Davis School of Gerontology. 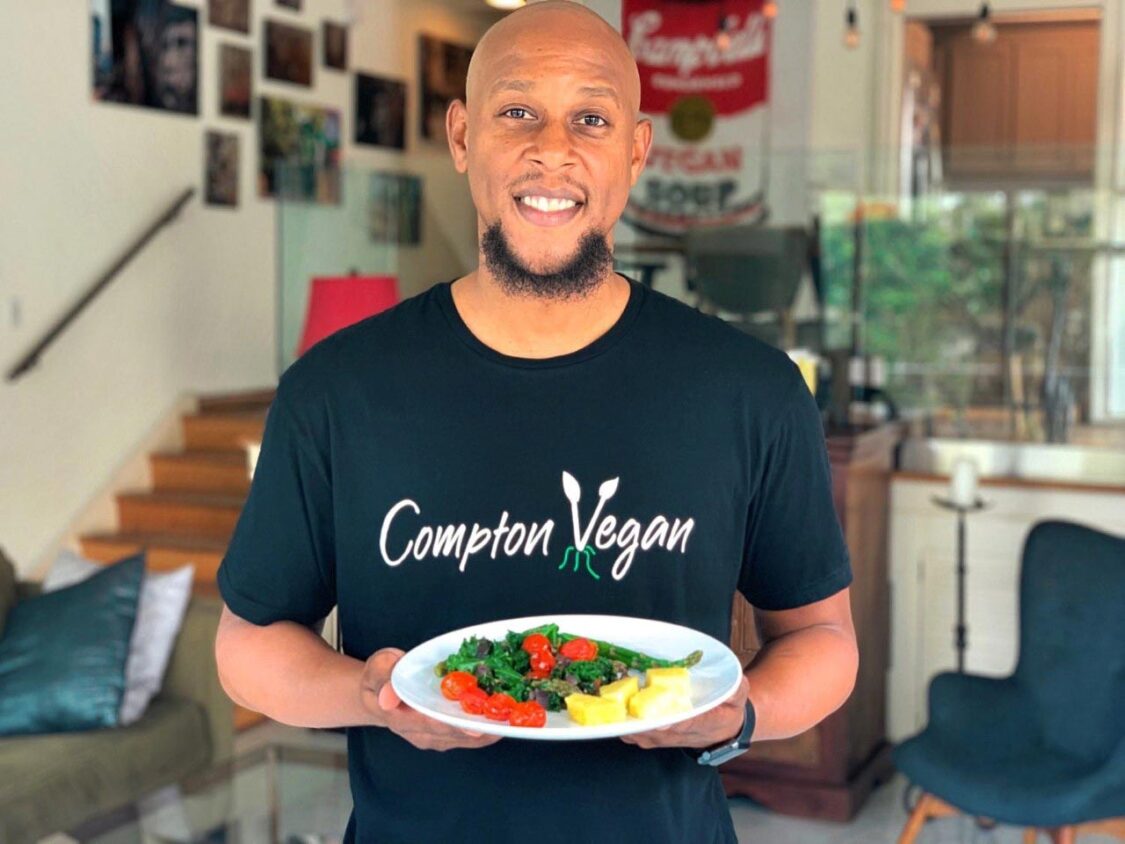 “The preachy vegan is the one who turns people off,” says Durrah, who instead suggests that health-minded eaters encourage their friends and family to replace one or two meals a week with plant-based versions of their favorite dishes. His current go-to is his “buffalo chicken” (made with wheat protein) and mac bowl. “There are so many different flavors,” he said. “It’s like a party in your mouth.”

2) Embrace Traditions but Pass Down New Ones, Too

Because traditional family recipes can often be high in fat, salt and other unhealthy ingredients, Durrah recommends introducing a new dish every time family hangs out. “It has to be a real movement to educate not just the younger people but also the elder statesmen in our communities,” he said, noting that many soul food staples are on based recipes that have been passed down since slavery. “The foods we eat were what were given to us,” he said. “Being someone who has educated himself on the negative effects of eating pig intestines [as used in the traditional Southern dish chittlins], my job is to recreate those foods without seeing the negative effects.”

“If it comes from the earth, it is good for you,” says Durrah, who tries to steer clear of processed foods, including mock meats. “Early on in my journey I spent hours reading labels and googling what ingredients were,” he said. “If an ingredient wasn’t natural, I tried to avoid it.” For seasonings, Durrah sticks to onion powder, garlic powder and things that are relatively available. He skips supplements and says his vitamins come from fruits, vegetables, nuts and nutritional yeast.

“I would encourage people of all ages to get in the garden,” says Durrah. His mother has Alzheimer’s disease, but Durrah sees her thrive during her daily gardening sessions, when she is out in the sun and getting her hands dirty. Better yet, Durrah says this stress-busting, meditative exercise doesn’t even require land; a pot on a windowsill will do just fine. “Think of a dream or a goal you have and see that pot as your brain and that seed being the sprout,” he says. “It is your idea coming to life.”