Mitochondrial peptide MOTS-c regulates the immune system and prevents the self-destruction of cells that create insulin, according to a new study in mice. 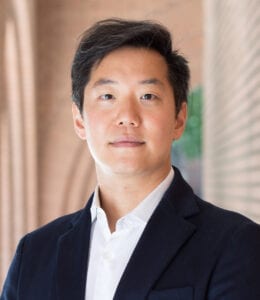 A new study has shown that treating type 1 diabetes-prone mice with the small protein MOTS-c prevented the immune system from destroying insulin-producing pancreatic cells, effectively preventing the onset of the autoimmune disease.

The small protein that first made headlines as an “exercise mimetic” increasingly appears to also have a big role in regulating the immune system, said Assistant Professor of Gerontology Changhan David Lee, co-corresponding author of the study.

Type 1 diabetes, previously known as juvenile diabetes, is an autoimmune disease that accounts for 5 to 10% of diabetes cases. In patients with type 1 diabetes, the immune system attacks the islet regions of the pancreas, which are made up of hormone-producing cells. When immune cells mistakenly destroy healthy beta cells—the pancreatic cells that produce the sugar-regulating hormone insulin—the body loses the ability to make insulin, control blood sugar levels and properly use sugar for energy.

In mice that had been genetically engineered to develop autoimmune diabetes, treatment with injections of MOTS-c prevented the onset of the disease. The new study illustrates how treating mice with MOTS-c supports regulatory T-cells—the immune cells that recognize which cells are the body’s own—and thereby reduces the activation of “killer” T-cells that improperly attack healthy cells in the pancreatic islets.

“We are able to prevent the onset of type 1 diabetes in mouse models,” Lee said. “MOTS-c injections seem to tame the immune system and to tell them not to tackle their own cells.”

Conversely, in a subsequent analysis in humans, type 1 diabetes patients had significantly lower levels of MOTS-c circulating in their blood compared to non-diabetic patients, and a study of human cells from both diabetic and non-diabetic patients revealed that MOTS-c treatment reduced the activation of “killer” T-cells.

“It’s been thought for the longest time that the immune system is exclusively encoded in the nuclear genome,” Lee said. “Now we’re bringing into play an immune regulator that’s encoded in the mitochondrial genome.”

MOTS-c is one of several more recently identified hormones that are encoded in the DNA of mitochondria, the “powerhouses” of cells that convert food into energy; most other hormones are encoded in DNA in the nucleus.

Lee and Professor Pinchas Cohen, dean of the USC Leonard Davis School, first described MOTS-c in 2015, along with its role in restoring insulin sensitivity and counteracting diet-induced and age-dependent insulin resistance – effects commonly associated with exercising. The team has also studied MOTS-c’s role in intracellular communication as well as how the hormone is expressed in the brain to help regulate metabolism.

“The mitochondrial genome encodes for previously unknown genes that yield small proteins with multiple physiological roles, including aging, exercise, metabolism, and immunity,” Lee said. “Further studies on the molecular mechanism of these mitochondrial-encoded peptides are ongoing and may provide novel therapeutic targets for autoimmune conditions, which increases as we age.”

Top: In mice that had been genetically engineered to develop autoimmune diabetes, “killer” T-cells (darker spots) infiltrate and destroy insulin-producing cells in the pancreas (left). Treatment with injections of MOTS-c reduced T-cell infiltration and prevented the onset of the disease (right).