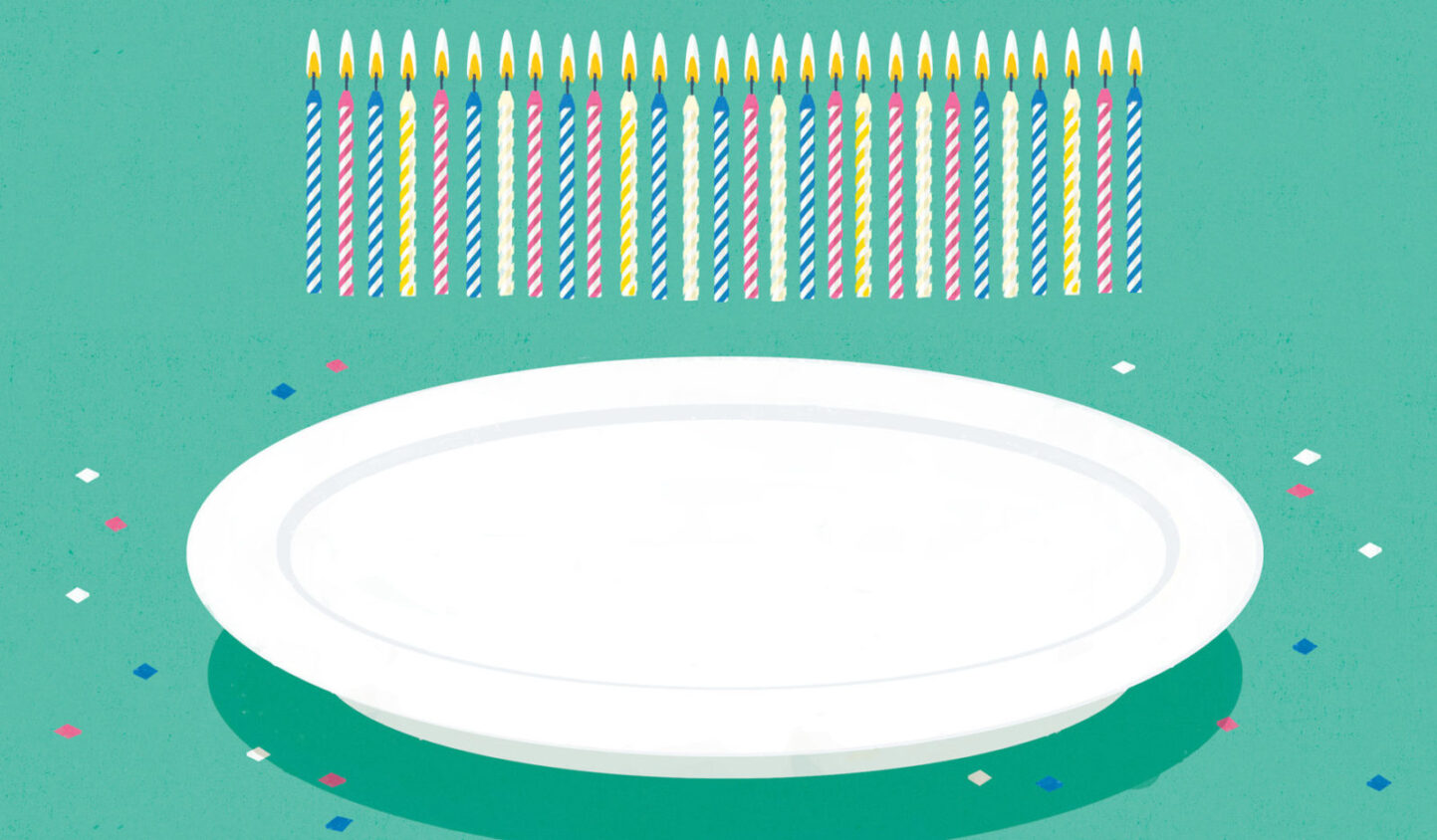 Eat less, live longer? The science of fasting and longevity

Valter Longo on the Lessons in Lifespan Health Podcast

When it comes to what, when and how we eat, fasting — voluntarily abstaining from food for varying periods of time — is having a moment. It was the most popular diet of 2018, according to a survey from the International Food Information Council Foundation (IFICF), and forms of fasting rank among Google’s top-trending diet searches. Seemingly ageless celebrities like Halle Berry and Hugh Jackman praise the practice for helping them to look, feel and even sleep better.

Yet fasting is far from a fad. It was a part of life in ancient civilizations, and many religions today retain some form of the rite, often as a way to achieve focus and clarity. In scientific circles, no less than Hippocrates, known as the father of modern medicine, is said to have prescribed it to spur healing.

When Time magazine named Valter Longo to its first-ever list of the 50 Most Influential People in Health Care, they called him “the fasting evangelist.” Evangelism captures the passion that Longo, director of the USC Longevity Institute and the Edna M. Jones Professor of Gerontology at the USC Leonard Davis School, brings to his research exploring the life-extending benefits of fasting-like diets. It also connects to the many faith traditions that make fasting an age-old practice. And it’s a techie term used in Silicon Valley circles for spurring mainstream adoption of an innovation.

The word works. One in 10 people today are following a fasting diet, according to the IFICF survey.

Today, heath and renewal remain key reasons for fasting’s enduring popularity, and they are at the heart of a thriving field of scientific inquiry that aims to leverage fasting-like diets as a way to extend life and help treat and prevent disease.

“I want to optimize the chance for people to make it to 110 healthy,” said Longo.

Longo, who earned his PhD in biochemistry, has been at the forefront of the modern fasting movement for more than 20 years. His work grew out of earlier food-related findings showing that reducing calories without malnutrition extended healthy life spans and reduced cancer and other diseases in animal models. But these studies, as well as some later ones in humans, also revealed harmful consequences of severe caloric restriction and proved to be very difficult for people to maintain.

Longo’s search led him to study the genetics of aging, where his early experiments showed that yeast cells starved of nutrients lived longer and were more resistant to stress. “If you starve them, they become very protected,” he said. “So I started thinking, what would this be useful for? And the first idea was chemotherapy.”

Findings from the Field

In a landmark 2008 study, Longo found that fasting for two days protected healthy cells against the toxicity of chemotherapy, while the cancer cells stayed sensitive. These results opened the door to a new way of thinking about cancer treatments — one that shields healthy cells to allow for a more powerful assault on cancerous ones. They also led to the creation of the first fasting-mimicking diet, which Longo developed as a way to put patients with cancer, or mice in the lab, in a fasting state while still allowing them to eat.

eat but [that], to the body — whether it’s a mouse or a person — is going to be like water-only fasting, meaning that it will cause very similar changes, as if they were not eating at all.’”

Longo answered the call, and in the past decade, he and other researchers have clinically demonstrated that brief cycles of periodic fasting-mimicking diets (FMD) have a range of beneficial effects on aging and on risk factors for cancer, diabetes, heart disease and other age-related diseases in mice and humans. More recent studies have also shown promise for treating multiple sclerosis and Crohn’s disease.

“If the results remain positive, I believe this FMD will represent the first safe and effective intervention to promote positive changes associated with longevity and health span, which can be recommended by a physician to almost any adult,” Longo said.

Based on his USC research, Longo founded L-Nutra, a nutri-technology company that offers packaged versions of the FMD. Longo says the company is gathering clinical data related to efficacy and side effects, and it aims to one day gain FDA approval for use of the diet as a way to treat disease. Longo also says that he will donate 100 percent of his shares in the company to research and charity.

Longo’s USC lab is currently delving further into how the FMD dietary intervention affects regeneration and disease resistance. He has coined the term “juventology” to explore the question of how to stay young and not just healthy.

“That’s really what this fasting movement is about. How do you change the system, how do you trick and reset cells so that you’re going back, maybe not to 18 years old, but certainly to that state where everything was in place?” he said.

Longo, who hopes to live to 120, thinks that an L-Nutra fasting mimicking diet called Prolon, made for relatively healthy people and providing an average of 900 calories a day, can help with this resetting, even if it is done an average of only three times a year. “I think it’s got little to do with everyday food, in general, [and] more to do with the ability of a system to reset,” he said. “That’s the power of understanding the fundamental ability of organisms to repair themselves.”

However, this is not to say that Longo does not have recommendations about what, and how much, to eat when not fasting. In his recent book The Longevity Diet, he advocates following a diet supported by science and seen in most long-lived populations around the world that is mostly plant-based, low in protein and rich in unsaturated fats and complex carbohydrates. “It just has to be the right foods in the right amounts,” Longo said.

In light of the focus on fasting, the USC Leonard Davis School hosted the First International Conference on Fasting, Dietary Restriction, Longevity and Disease. Top researchers from Harvard, MIT, the Salk Institute, the National Institutes of Aging and other institutions gathered for a two-day conference that offered education for doctors and the lay public, and that also provided an opportunity for participants to dialogue with other field leaders in an attempt to set standards — and reality checks — for the increasingly popular, and often improvised, practice.

“If you go out there and you pick the people that are fasting, I would say 95 percent of them are doing it wrong. Conferences like this are really important to make sure that we keep getting it right,” Longo said. “You really need to have lots of universities, lots of leaders, lots of clinical trials and lots of basic research. And I think that for the first time, this is happening.”

Indeed, several large clinical trials are now underway. One trial funded by the National Institutes of Health is looking at whether intermittent fasting is a safe and effective alternative to more standard methods of weight control, such as caloric restriction. Another National Institute on Aging (NIA) study is testing an intermittent fasting diet in obese people ages 55 to 70 with insulin resistance. According to the NIA, researchers will continue to explore many unresolved questions around determining the long-term benefits and risks of various eating patterns, including looking at which diets are feasible as a long-term practice, what specific biological effects on aging and disease are triggered by a particular eating pattern, what ways of eating are best for different age groups, and whether an eating pattern that’s found to help one person might not have the same effect on another.

“Other than genes, it is hard to think of something that can be more powerful than food in determining whether someone is going to make it to 100 or die before 50 years old,” Longo said.

The challenge for researchers and for society in general, he says, is to translate what works in the lab into real people’s lives. He says a new approach is needed, one that does not call for an across-the-board reduction in the amounts and types of foods people eat — which, studies show, most people cannot sustain.

“So, if you went to somebody and said, ‘You can do everything you did before, but I just ask you one thing: Reduce your animal protein intake by 40 percent, or undergo a vegan fasting-mimicking diet for 15 days a year.’ Now we start to become reasonable,” Longo said. “Let’s come up with something that doesn’t require people to change their habits, but it does require them to maybe once in a while make smaller changes.”

In other words… not so fast.

Interested in fasting? Here’s what you need to know

Registered dietitian Cary Kreutzer, director of the USC Leonard Davis School’s Master of Science in Nutrition, Healthspan and Longevity program, gives advice for those considering forgoing food, even for a short time.

“You should speak with your physician before trying any type of fasting program,” said Kreutzer.

Everyone has a different genome, with different needs. Supervision by a doctor will help an individual try intermittent fasting safely, with patient-specific medical advice and care, while consuming fewer calories.

The physician will also let you know if fasting is right for you.

“Some may benefit more [from such a fasting program] than others,” said Kreutzer.

Be wary if you have a preexisting medical condition.

Kreutzer says that people with conditions like diabetes or autoimmune disorders should be especially careful when considering fasting. Asking a physician about fasting could prevent an individual from aggravating the medical conditions they already have. Fasting unhealthily would take away from the potential benefits of fasting entirely.

Do not fast continually or to lose weight.

Kreutzer emphasizes that the fasting program should not be a permanent diet. Pursuing the program for a long period of time would deprive the body of the energy it needs, counteracting fasting’s goal to strengthen it.

“People need to be clear on why they’re doing this diet,” said Kreutzer.

Fasting is for living longer, not for losing weight. Fasting gets rid of weak cells in the body, letting them die off by briefly not giving them energy. This gives room for stronger cells to grow and thrive after the process, possibly improving the chances of living a longer life.

Fasting is not intended for weight loss. Having this intention might lead to unhealthy forms of fasting, such as pursuing the program for too long.

Illustrations by Chris Gash. This article first appeared in the spring 2019 Vitality magazine with the headline “Fast Times”.

In addition to Longo’s fasting-mimicking diet, here are some other popular forms of fasting.

Restrict your eating to 10 hours a day.

Eat during an eight-hour window, and fast for the rest of the day.

Eat only between noon and 6 p.m.

To mimic the eating habits of warriors in history, fast for 20 hours during the day, and consume any foods in a four-hour window.

ONE MEAL A DAY (OMAD) DIET

Eat a large meal in a one-hour window, and fast for the rest of the day. You can drink calorie-free drinks (e.g., black coffee, water) the other 23 hours.

Fast two nonconsecutive days of the week, and eat healthy on the other five days.

Fast every other day, and eat healthy on the in-between days.