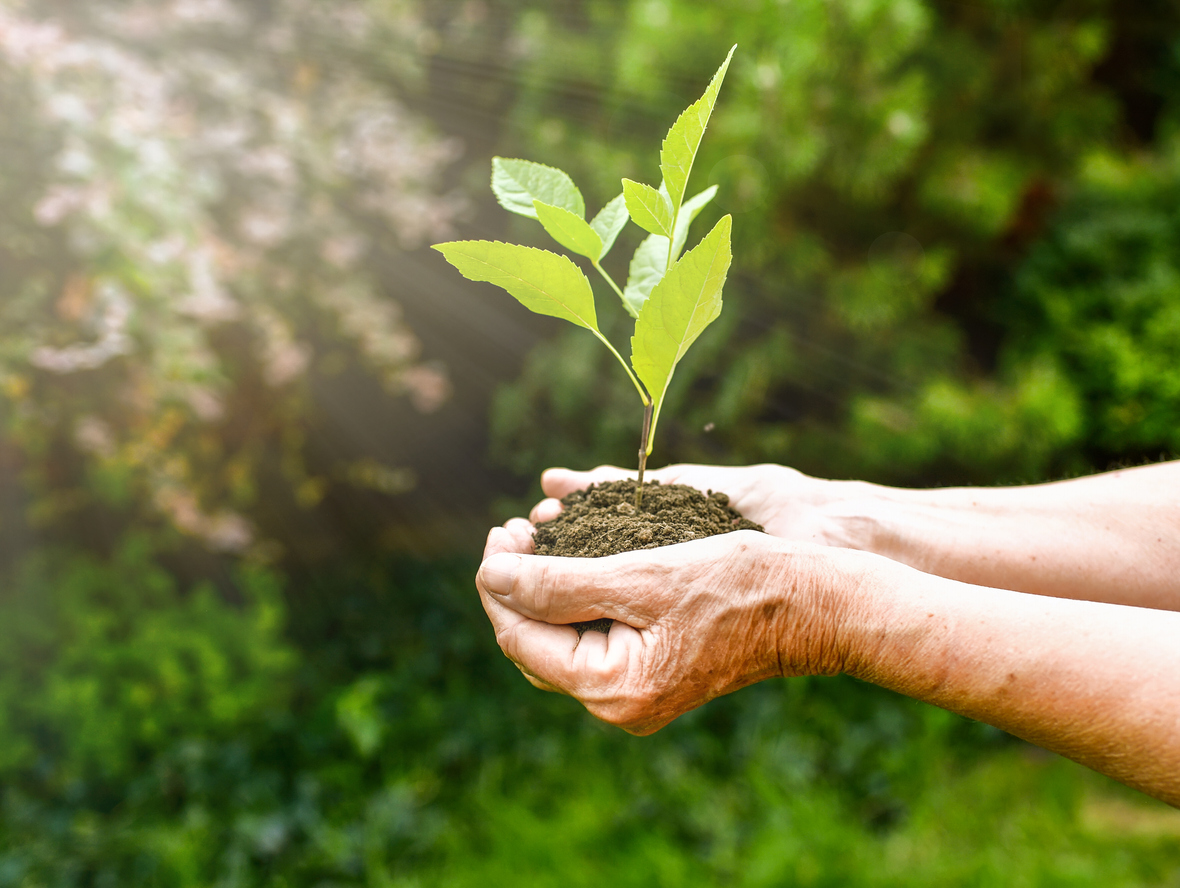 This Earth Day, USC Leonard Davis experts share why caring for the environment can help people have healthier lifespans.

This Earth Day, it’s important to remember that our health as we age has a lot to do with the health of our environment from the soil to the sky, according to several experts from the USC Leonard Davis School of Gerontology.

Air pollution and the brain

In particular, research has shown that higher exposure to air pollution is strongly associated with cognitive impairment and Alzheimer’s disease, especially for people with certain genetic risk factors for the disease, says University Professor Caleb Finch.

Finch, who holds the ARCO/William F. Kieschnick Chair in the Neurobiology of Aging at the USC Leonard Davis School, has studied air pollution’s effects on the brain for several years, especially the consequences of exposure to fine particulates found in pollution from automobiles, factories and more. Many studies show that poor air quality accelerated aging processes in many tissues, including arteries and brain, with a sizeable impact on cognitive health, he explains.

“As we work to understand the biology of Alzheimer’s disease and develop interventions for prevention and treatment, efforts to improve air quality will also be critical for reducing cognitive decline and Alzheimer’s,” Finch says.

The impact of air pollution isn’t evenly distributed, adds Associate Professor Jennifer Ailshire. Recent research has shown how older adults are especially susceptible to the health problems associated with environmental pollution, she says: “Most of the research had been conducted in younger populations in children and adolescents and in younger adults, but just in the past 10 years, it’s become really clear that older adults are a vulnerable population and that they’re more likely to suffer adverse consequences from chronic exposure to air pollution, and also from these acute episodes.”

“In urban areas, we know that people have high exposure to air pollution from the outdoor environment. In Mexico City, we see the smoggy skies and we see this high level of air pollution that people are breathing in urban areas,” Saenz explains in an episode of the Lessons in Lifespan Health podcast. “However, in rural areas in Mexico, a significant portion of the population relies on solid cooking fuels, such as wood and coal. When people use these solid fuels for cooking, particularly inside the house, you can imagine how quickly the pollution builds up inside the home. … And in my own work, looking at the effects of indoor air pollution from solid cooking fuels, I find that people who cook with these solid cooking fuels tend to have lower cognitive functioning and also more rapid cognitive decline.”

In an article for the Hunger and Environmental Nutrition practice group of the Academy of Nutrition and Dietetics, White and Amos discuss how the microbiome of the soil used in farming could affect the microbiome within the human gut. “Restorative agriculture” farming practices, which aim to increase soil health and biodiversity, could provide benefits for both environmental and human health, and registered dietitian nutritionists can play a role in helping their clients get higher-quality food from the ground up, they say.

“RDNs can help society understand the connection between the soil microbiome, food quality, and human and planetary health,” say White and Amos. “We can demonstrate ideas surrounding regenerative agriculture by encouraging practices such as gardening and composting through community and school gardens, backyards, or window ledges. … Various studies have shown that gardening combined with dietetic support can improve interest in cooking and consuming home-grown foods, improve biometric markers such as HbA1c, and reduce BMI levels.”